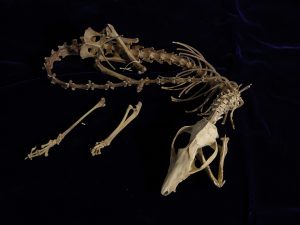 Welcome to my blog. My name is Leonard Krishtalka I’m the author of award-winning essays, the acclaimed book, Dinosaur Plots, and The Harry Przewalski mystery series. As a paleontologist, I have worked throughout the fossil-rich badlands of the American west, Canada, Patagonia, China, the Afar region of Ethiopia, and the Turkana region of Kenya.

In the Harry Przewalski mystery series, beginning with The Bone Field, Pittsburgh private detective Harry Przewalski unearths sex, treachery, and murder buried beneath the science of petrified shards, skin, and bones. The second novel is Death Spoke due November 2019. The third novel in the series is The Camel Driver, due summer 2020. 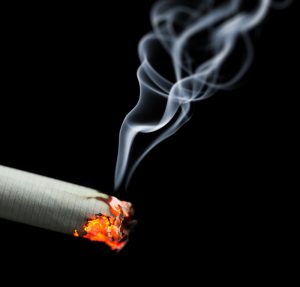 Welcome to my Blog. In addition to information about my books, you’ll find posts about topics of interest to me.

“…and some run up hill and down dale, knapping the chucky stones to pieces with hammers, like so many road-makers run daft. They say it is to see how the world was made!”

I write regular op-ed pieces for the Lawrence Journal- World on science, science policy and the environment.

About that ‘I’m not a scientist, but I think …’

The administration continued its assault on the U.S. environment on Aug. 12 when it watered down the regulations on protecting endangered and threatened species. Its actions are a thumb-your-nose response at the United Nations report in May that warned of a million species of plants and animals facing extinction worldwide and in our backyard because of climate change and habitat destruction. Among the endangered are the familiar poster animals: elephants, rhinoceroses, tigers, whales, gorillas and chimpanzees. But even more critical is the global threat to insects and a million other humble species — the ones we depend on for food, fuel, fiber and pharmaceuticals, for cleaning our air, water and soils, and for maintaining the life support systems of the planet.

The problem, explains The Economist, a conservative magazine dedicated to smart capitalism, is the myopia of the short-term economic view. For example, since Brazil’s President Jair Bolsinaro “took office in January, trees have been disappearing at a rate of two Manhattans each week.” Bolsinaro would oppose the one-time spending of Brazil’s cash capital as economic suicide. Yet, in the Brazilian Amazon, he is promoting the one-time spending of the forest’s natural capital — its trees and their associated soils, plants and animals. It’s a formula for both economic and environmental suicide.

The U.S. administration is doing likewise to serve short-term industry interests — the one-time use of land and off-shore areas for mining, minerals and energy extraction. God help the species that is just hanging on but deemed to be in the way of economic development. Take the Monarch butterfly. Its population has crashed in the past 20 years by 90% because of climate change and the steady loss of its milkweed habitat to expanding agriculture. The monarch, like many species, is doubly accursed under the new regulations for having a wide geographic range. So, the twisted reasoning has it, the monarch’s habitat in any one area does not need to be protected. Ditto Kansas’ Lesser prairie chicken. And the North American wolverine, a small, bearlike species with only about 300 individuals scattered across the northern Rocky Mountains, the northern Cascades and parts of the Southwest. National Geographic estimates the wolverine will disappear from a third of its range in the next 30 years because of climate change.

Whoa! Climate change? It’s barred from the environmental calculus by the new regulations, which will write off sea-ice dependent species such as seals, walrus, polar bears, arctic fox, whales, caribou and other mammals. But, hey, no worries. The administration has assured us that climate change is just a Chinese government hoax.

Politicos and bureaucrats who defend this new assault on the environment typically begin their pronouncements with, “Well, I’m not a scientist, but I think …” OK, here’s the memo. Step one: Ask a scientist. Start with the ones at the Environmental Protection Agency and U.S. Fish and Wildlife Service who haven’t yet left or been silenced. Step two: Listen to them. Follow their expert advice on the protection and conservation of endangered and threatened species and their habitats.

The bald eagle is our national bird, enshrined in the Great Seal of the United States, its talons clutching 13 arrows and an olive branch with 13 leaves. In the 1900s it almost went the way of the dodo. Two factors saved it: the banning of DDT, after decades of industry denial, delay and vilification of Rachel Carson; and the tough regulations in the Endangered Species Act, now emasculated. Let’s hope that our children won’t have to consult the presidential seal just to see a bald eagle.

I write regular op-ed pieces for the Lawrence Journal- World on science, science policy and the environment.

Public Assault on Science Continues at our own Peril

With the deluge of news from the current impeachment turmoil in Washington, one could be excused for missing the continuing assault on science from the administration and its supporters.  In August, in explaining his no-exception anti-abortion stance, Iowa GOP Rep. Steve King claimed that without incest and rape the human population would have become extinct.  Here are his exact words during an Aug. 14 appearance in Urbandale, Iowa: “What if we went back through all the family trees and just pulled those people out that were products of rape and incest?  Would there be any population of the world left if we did that?”

Well, the one-word answer is, “yes.”  The one-sentence, sing-a-long answer is: “Don’t know much about history, don’t know much biology, don’t know much about a science book …”  Rep. King should hit the pause button on his unschooled rhetoric to read a primer on population biology.  Studies estimate that an average of 5% of all rapes result in pregnancy, and 4.5% in the birth of a child.  Mathematically, that would be insignificant in sustaining the growth of the human population, at least during the past 200,000 years, the age of the oldest known fossil remains of Homo sapiens from Africa.

Rep. King should also study up on the incest taboo, essentially hard-wired in our consciousness.  In practice, it is humanity’s most basic moral law, more universally obeyed than the six moral commandments of the ten in scripture..  Incest is similarly taboo in nature, observed by animals from beetles to chimpanzees.  Ditto flowering plants, many of which have evolved elaborate mechanisms to fertilize only the non-incestuous pollen.

Biology primer #2 for Rep. King: Incest is a recipe for wholesale genetic malformation.  In humans it produces severe birth defects or early death among 45% of children.  Rather than growing healthy populations for the past 200,000 years, any significant level of incest would have had the opposite effect, drastically diminishing the size and “genetic fitness” of the population.  It’s hard to be polite about this:  It takes more than ignorance of biology to condone rape and incest with a clueless claim for population growth.

Unlike Rep. King, Exxon and Shell don’t need primers in science.  They need primers in social responsibility.  Their science is so good that by the 1980s they already knew that carbon emissions from burning fossil fuels would cause global warming, climate change, and environmental havoc.  We learn from The Guardian that Exxon’s internal documents predicted a doubling of CO2 concentration by 2060 to 560 parts per million and an increase in average global temperatures of 2 degrees Centigrade.  Shell scientists shaved 30 years off that forecast, saying that by 2030 the West Antarctic Ice Sheet would break apart, sea levels would rise 15–18 feet, and specific ecosystems would disappear—all told “the changes may be the greatest in recorded history.”  Exxon tried to be more reassuring: CO2 doubling and climate change would not be “as significant to mankind as a nuclear holocaust or world famine.”

For the next 35 years, Exxon and Shell, in the face of their own research, were adamant climate-change deniers, even when the Intergovernmental Panel on Climate Change (IPCC) was issuing report after report with the same warnings.  This is familiar, poisoned terrain.  Tobacco companies buried their own findings for decades while denying the smoking-cancer link.  Chemical companies covered up the deadly effects of DDT on wildlife to deny the series of silent springs.  With climate change, the administration is still in denial, despite its Department of Defense’s national security fears: war and famine brought on by global warming.

Speaking of Silent Spring, scientists at Cornell reported in September that America has lost three billion individual birds from our skies, lands and waters since 1970, a whopping 29% decrease.  If birds were stocks on the Dow Jones, we’d call it the depths of a 50-year ecological depression.  Particularly hard hit are grassland birds in Kansas and the Great Plains, victims of habitat loss.  Three bird species account for 14% of the decrease:  the House Sparrow, European Starling, and Rock Pigeon.  Bird watchers suspect that the administration isn’t in mourning.  All three species were immigrants from other countries.